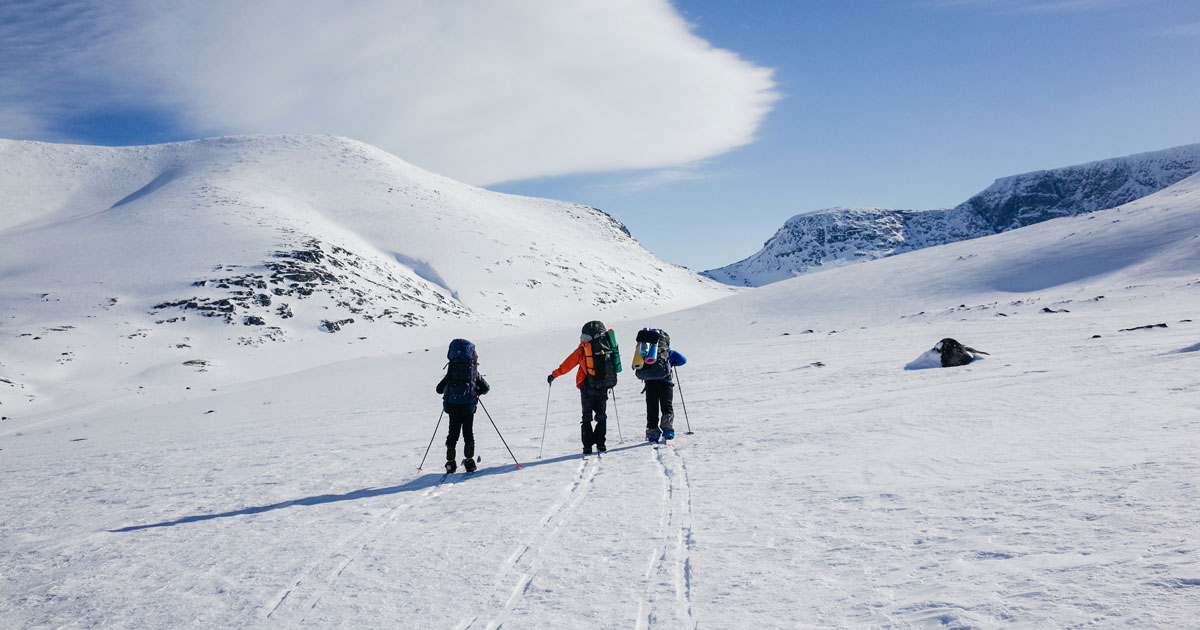 I remember the first time I read an Amazon review about an electronic product. I decided that I would not buy the one I thought of buying but the alternative that the reviewer recommended. It was sometime in 2000.

I had a weird feeling that I was only able to articulate many years later, but at that moment I was experiencing a fundamental shift in the balance of power between the brand or creator of a product or service and the consumer of said thing.

It was more than just the equivalent of a ‘consumer reports’ report…it was a transformation in how consumers gathered data as part of their ‘what to buy’ decision-making process. The voice of an individual consumer had now attained a value greater than many ‘professional’ or ‘traditional’ arbiters of value/taste/quality.

In the intervening years, if this had been the only change in the buyer dynamic, then things may have only shifted slightly. However, Amazon and its reviews were only one of a ‘series of unfortunate events’ that collectively created the fundamental sea change we are living with today. This has brought us so many things - some good, some not so good.

1) The rise of social media

2) The decline of traditional media

3) The rise and then the challenge of online advertising

Examining each of these, in turn, let’s take a closer look.

With everyone being able to voice an opinion, in whatever form that their audience was willing to consume, we saw the rise of opinion makers online.

As social media began to grow coupled with the rise of Netflix and online TV, all forms of traditional media began to experience a decline according to a report from PQ Media, usage of traditional media in the U.S. dropped 2.4% in 2015 while digital media use jumped 33.5%. PQ Media predicts it will continue to decline at a 2.1% compounded annual rate through 2019, which means the actual time spent will plummet more than 10 hours per week since 2009.

What’s even more telling is that digital ad spending will overtake TV for the first time ever. This solidifies the decline in traditional media influence as advertising dollars flow into digital.

The arrival of online advertising was heralded by many as the next great iteration of advertising, targeted ad’s etc. Online advertising exploded in popularity, with advertisers at least, and within a few years of its arrival in the late 90’s the web began to be saturated with it. However, the purveyors of this approach killed the goose that laid this golden egg. In the early days of television a variety of organizations around the world appeared to manage TV ad’s and the conventional wisdom was that too many ads during a show in an hour would be detrimental to viewership; unfortunately no such standards appeared online: pages went from having a few banner ads on them to having too many ads on them. And video ads, which killed page loading times, proved to be very obtrusive.The experience became so intrusive to the online experience that people began to initially, actively ignore it.

Although ad spend may be increasing, its effectiveness has been a disappointment and an ongoing challenge. That's because old tactics that worked for traditional advertising do not translate to social media. In a content saturated world, our customers' attention span has diminished. Online advertising just promotes a message and tends to generate little engagement, yielding a lackluster impact.

The erosion of trust in big companies has accelerated in the age of social media, where trust issues could not be hidden by judicious PR work. For example, big Tobacco companies learned the hard way when the public discovered that these firms had known for decades of the negative health impacts of smoking. To paint another picture, who could forget Intel’s floating point chip issue, one of the first trust-based issues where social media ended up playing a role.

And it wasn’t just companies that lost this trust - governments as well, such as when it became clear that the Bush Administration had known full well that there were no WMDs in Iraq. Throw in the Wikileaks phenomenon and a more recent example of VW lying to the EPA about mileage figures. It's quite common for large institutions of all kinds to face trust issues.

These trust issues and, unfortunately, many more from around the world, forced consumers to look to authentic and knowledgeable individuals in the online/social world. These influencers tended to operate on a more micro scale. They had specific knowledge in specific areas, which gave them credibility and more importantly, trust with specifically interested audiences.

If one looks at where things are today, in many if not most markets, buyers/consumers come to the table dramatically better informed about their choices. More likely than not they have sought counsel from a variety of folks and are already substantially into their process of making a decision of what to buy, how much to spend, how to use it, etc. Today’s buyer is in complete control of the purchasing environment we now operate in--the trust-based economy.

At its core, this idea of a trust-based economy parallels the concepts outlined by Tien Tzuo, CEO of Zuora and what he describes as the Subscription Economy.

I discussed this topic with Tien and he commented:

My vision of the subscription economy is completely dependent on the notion of trust.”

For the subscription economy to work, there is the inherent concept of trust: the object/service/product you are looking to rent is in fact what its offerer/owner says it is and that ‘trust’ is established through the expectation of transparency. With peer reviews and influencers verifying that the service/product in question can be purchased in this way, there is more of a direct connection with the brand and ongoing proof of value. As a result, the buyers will get what they expect.

To highlight this aspect of shared services, the CEO of Blablacar, the french ride sharing company, describes trust as the core foundation of his company’s business model.

Plus, my former colleague Peter Harrison of SnagaJob, a SaaS platform that helps employers and employees find each other for hourly work, says:

''We are nearing a time when employers will hire shift workers sight-unseen relying purely on their online profile and put more trust in this than a face-to-face interview. This has the potential to herald a tipping point that will redefine hourly work, and ultimately all work, as we know it."

Weaving this all together, Steve Lucas, CEO of Marketo, recently published a piece about the Engagement Economy, which "embodies the fundamental shift in relationships between buyers and sellers, but extends across entire organizations to include customers, prospects, employees, and partners." With endless digital channels at their fingertips, marketers must figure out how, when, and why their customers want to be engaged. Lucas cites the Netflix vs. Blockbuster example: Netflix ended up on top because it offered an experience the customer actually wanted. Above all, Lucas notes that succeeding in the Engagement Economy means "transforming your organization at its core to create experiences that feel real and human and are founded on trust and care."

With Tien’s description of the subscription economy, Steve’s description of the engagement economy and my outline of the trust economy, we have a lot of economies. But I believe we are all describing different aspects of the same elephant (i.e. the story of 3 blind men and the elephant); a fundamental shift in how a company operates in the landscape of the 21st century.

What does this mean for a brand attempting to sell products to a cynical world? The most dramatic impact has been on the roles and activities of the marketing and sales teams.

In the past Marketing covered the awareness and interest phases of the purchase path and Sales covered the rest.

Today, with companies/individuals doing much of the analysis themselves, marketing has now assumed responsibility for activities that were often in the sales role. And sales now focuses on converting highly qualified leads into sales.

This greatly enhanced span of authority for marketing, coupled with the growth of social media and content in these areas, has opened the door for the growing success of influencer marketing.

Influencer marketing acknowledges that in this version of the world, a brand is in a partnership with its consumers who now have a voice in the market. And, amongst these consumers/partners, some voices are more significant in how they influence others. As part of the overall marketing process, entering into a proactive relationship with these influencers can have a significant impact on the perception of the product/service and therefore greatly impact sales (up or down) of the product/service.

Traackr was built as a platform to allow brands to identify, manage and measure the interactions with these influencers. Think of it as the marketer’s CRM.

In addition to adopting SaaS-based tools for managing these trust-based relationships, brands must also transform themselves in three key areas of trust.

Trust Culture - at its core, an economy based on trust requires companies to

Trust Management - as your mother has probably told you many times, "Trust is difficult to earn and very easy to lose." Once a brand has embraced a trust-based culture, the goal is to establish this premise with customers: this is a brand that can be trusted. It’s critical to manage that trust relationship through a variety of processes, focusing heavily on the exchange and dialogue with key influencers. This is something that very few brands know how to do. And very few have the tools in place to conduct this activity.

Trust Measurement - to manage something, one needs to measure and monitor it, which means a variety of measurements that serve as 'Trust Proxies’ allow brands to improve or maintain Trust levels within the market.

The Opportunity for Brands in the Trust-Based Economy

As the internet itself turned the world upside down-- existing firms unable to embrace the internet as part of their core businesses capability were swept away to be replaced by those who understood how to do that; still other incumbents were able to rapidly and painfully rebuild themselves from the ground up and transition to the new paradigms that became available in this new world.

The shift to a trust economy will do the same thing; Schumpeter’s creative destruction will play out yet again. Trust pushes companies to innovate and challenge business practices, completely reinventing operational processes beyond the walls of the organization. Lyft, Airbnb, and Tesla are leading examples of companies that have the concept of trust in their core DNA. Still, other existing firms will dramatically reconfigure themselves to embrace the concepts of the Trust Economy and thrive in this new paradigm.