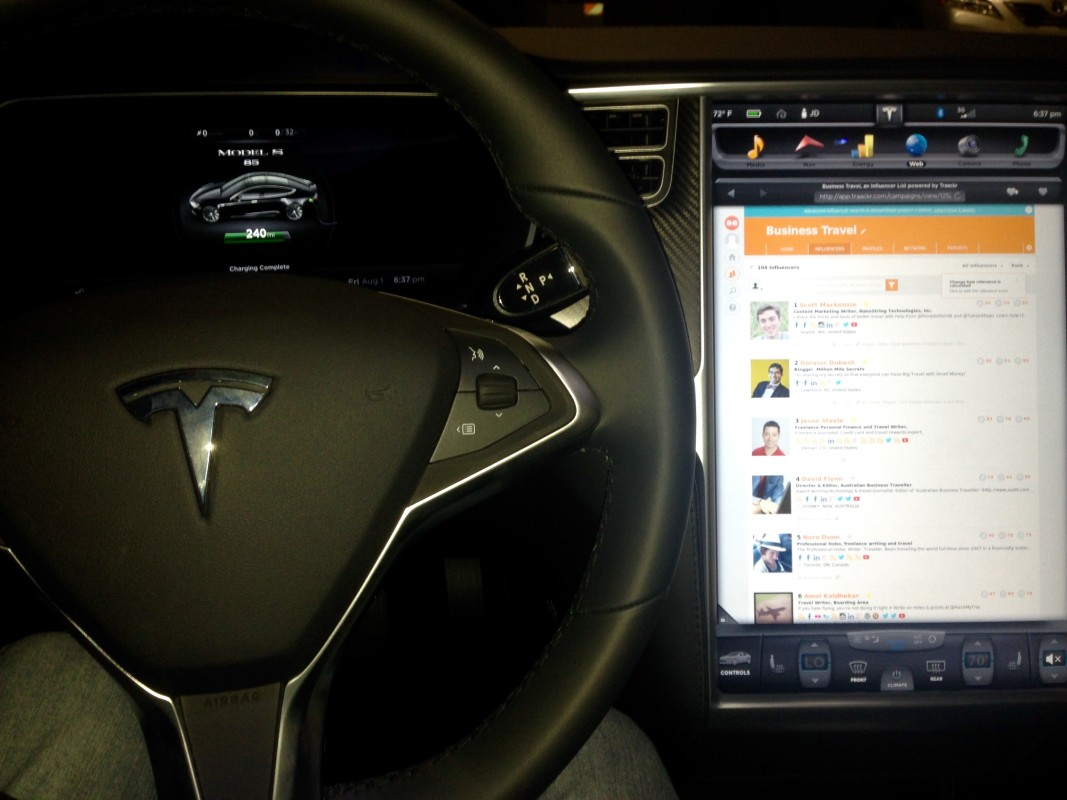 (Thanks to Salt-N-Pepa for the (tweaked) lyric from "Shoop"--part of the Deadpool soundtrack!)

I got a call yesterday from a colleague, and in the course of our discussion, he said “...and did you see the Voodoo that Tesla did last week?”.

So what did Tesla do? Last week it took another huge step in its evolution as a leader in the Electric Car arena. It announced its Series 3 car, which is intended to be its play in the high(er) volume car market. Elon Musk has said the target is to eventually produce 500K of these cars per year.

Earlier this week they announced that they had received 276K orders for the car, which catapulted to 325K just a few days later. This is not insignificant when you consider that each order had to be backed up by a $1,000 deposit, and that 110K of them had been received before people even knew what the car looked like or what its specs were going to be! Nope, it’s not Voodoo, it’s Influencer Marketing...and here’s why.

Industry players snipe that there is still a long way to go for Tesla, indicating things like its manufacturing prowess, quality, etc., are still things the company has to master. But if I were a board member of any of these companies I know which problem I would rather have. I would much prefer the 'High Class Problem’, i.e. how to satisfy the demand for all those cars, rather than the ‘Low Class Problem’, i.e. no one cares about or really wants the EV I am building.

13 years into its existence, Tesla has arrived at this place without running a single traditional ad campaign or doing anything that looks like digital advertising. Advertising agencies should be pretty worried about this turn of events. The leading player in a new industry has not used any of the 20th century marketing tools for building a brand but instead has utilized the primary marketing tool of the 21st century (so far) - Influencer Marketing.

Yes, Board Members of other car companies, Tesla has been running a classic Influencer Marketing Campaign. What’s more, at the center of all Tesla’s success, using all modern processes and tools, is the notion that successful marketing is about scaling impact, not outreach: using the smallest amount of resources possible to create the biggest lever possible.

When you look at the components they are all there:

Creating a personal connection to its brand

And another in which he directly addresses a customer's question:

Tesla leverages content marketing activity using small-form media that is disseminated by its fans. For instance these design sketches for the Series 3 were retweeted 4.3K times!

Tesla works with Influencers to promote its brand, the fans have done the advertising for the company. Take for example this video, considered by many to be the best fan made Tesla commercial...

And there are many more, make sure to check them out.

Never underestimate the power of Word of Mouth referrals

This one is a little more anecdotal. Never underestimate Word of Mouth referrals. I have three friends who own Teslas. All of them have pressed me incessantly to follow suit and get one; they love the car so much that they want all their friends who share their ‘brand values’ to get one as well! Plus, even McKinsey says marketing inspired word-of-mouth has generated more than twice the sales of paid advertisements in certain industries.

As a brief exercise I had the marketing team at Traackr pull a quick Project together around Influencers in the EV market:

This is what Traackr shows as the top 5 influencers in the space...

As you can see, it took only 50 key influencers in the EV space to help Tesla earn the obvious majority share of voice when it announced its Series 3 car on April 1 (see the spike, outplaying the others by a long shot.)

Finally, all of this is somewhat back to the future for us at Traackr. One of our first engagements circa 2009 was with Honda UK in which they used an early version of Traackr to launch the Insight in the UK…

Maybelline and Club Med on Influencer Management and Relationships

Ingredients of a Successful Influencer Campaign with Artisan Council and belif