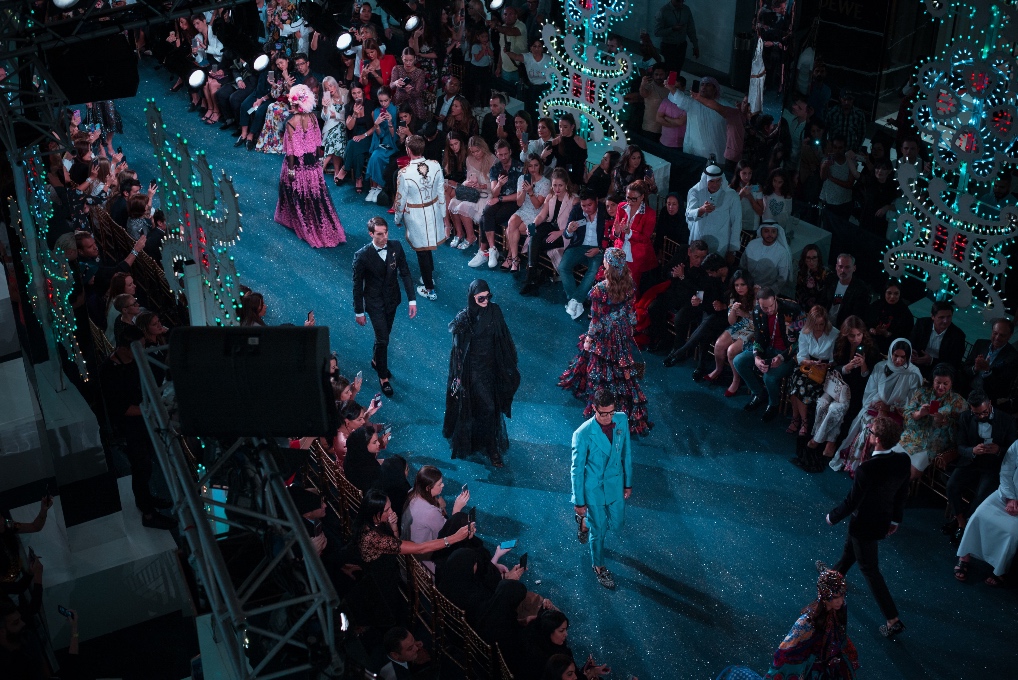 The fashion industry has historically been known for a lack of inclusion. During fashion month, critics are quick to noticed how white, thin, young and cis-gendered runway models are. While the criticism isn’t new, the change in response absolutely is. Last year, models of color made up 44% of the runways. Forty-nine plus-size models walked in 12 different shows and 53 transgender models made appearences. This year it’s projected that these numbers will rise once again. In 2019, brands are aware of the implications of callout-culture, and how failure to adapt to modern expectations can result in extreme consequences for the brand.

This recently happened with Victoria’s Secret. For years, we saw the 40 year-old brand dominate the lingerie industry. Though the company has faced more competition than ever in the last few years, it wasn’t until a Vogue article came out last November that their reputation took a turn for the fatal. The architects of the infamous Victoria’s Secret fashion show were quoted saying that they had no intention of hiring trans models or making strides towards body diversity in the show.

The internet had a lot to say about this, and within a week, the CEO of Victoria’s Secret resigned–desperate to remove himself from the “sinking ship”. Twitter users called for a boycott of the brand. As a result, the show was eventually cancelled. A few months later, VS announced they had hired a transgender women to model for their Pink line. Based on their falling stock and store-closures; it’s safe to assume that consumers find their efforts disingenuine.

Inclusivity isn’t just a novelty for brands anymore. When American Eagle’s loungewear brand, Aerie, first announced it’s commitment to not retouch images in 2014, it was groundbreaking. The company has continued to be at the forefront of advertising innovation, being the first major-brand to use disabled models in advertising campaigns. While the teen retailer’s competition has fallen victim to store-closures and bankruptcy; American Eagle has been reporting revenue in the billions. It probably doesn’t hurt that the brand’s longtime spokeswoman is Aly Raisman, the Olympic gymnast who is widely regarded as an American hero in the #MeToo movement. Keeping up with societal changes is clearly good for business.

It’s currently Fashion Week in New York, and this year we’re seeing more inclusive shows than ever. Rebecca Minkoff had a nursing mom walk in her show; to highlight working mothers. Kleinfeld partnered with The Knot to deliver NYFW’s first size-inclusive bridal show. Tommy Hilfiger, released a capsule collection with Euphoria star Zendaya. The show featured a grey haired model in her 60’s, a model wearing a hijab, and a very pregnant Ashley Graham. As a result of their casting, these shows have been covered and praised by the mainstream media. Consumers are demanding change, and many brands are listening.

A year ago, rising macro influencer and body-diversity advocate Katie Sturino created the popular hashtag #makemysize, to inspire change in retail. As of this year, top contemporary brands called out by her, such as Veronica Beard, Reformation & Tanya Taylor have all extended their sizing. When Ann Taylor LOFT expanded its offerings to size 26 earlier this year; they called on Katie to do paid instagram ads for them. It’s no surprise that brands are eager to work with Katie. I began following her in 2016 after listening to her speak on a podcast. At the time, she had under 50K followers. Today she has more than 350K!

However, despite so many changes in the last few years, some brands are still lagging behind. Last week, Katie posted an IGTV video expressing her continued frustration with the industry. Though she acknowledged how far they’ve come, she shared the story of being invited to an activewear launch this week where she was unable to fit into the clothing. Katie was invited as an influencer, and like all the other influencers at the event, was offered free products to wear during a group workout class they were hosting. Despite knowingly inviting a plus-sized influencer to participate in their event, the brand only carried up to size 12. In the end, Katie was the only person wearing her own clothing in the workout class, and left the event in tears. The video has over 80,000 views and over 1,000 comments of people sharing similar frustrations.

Plus-sized influencers aren’t the only people demanding inclusivity. Grace Atwood, who typically wears a size 6, started a 3 month inclusivity challenge on her blog. For her challenge, she vowed not to purchase or accept gifted products from brands that don’t carry up to a size 16 or XXL.

If there is anything to take away from the rise of inclusive-brands and the death of dated events like the Victoria Secret Fashion Show; it’s that consumers are tired of being told they are inadequate. They want to see themselves on the runway, in advertisements, and if they don’t-- they will choose to shop somewhere that demonstrates that they value them as a customer.

What should brands take away from this?