Influencer Marketing at Scale: Mark Schaefer in Conversation with Amanda Duncan of Microsoft 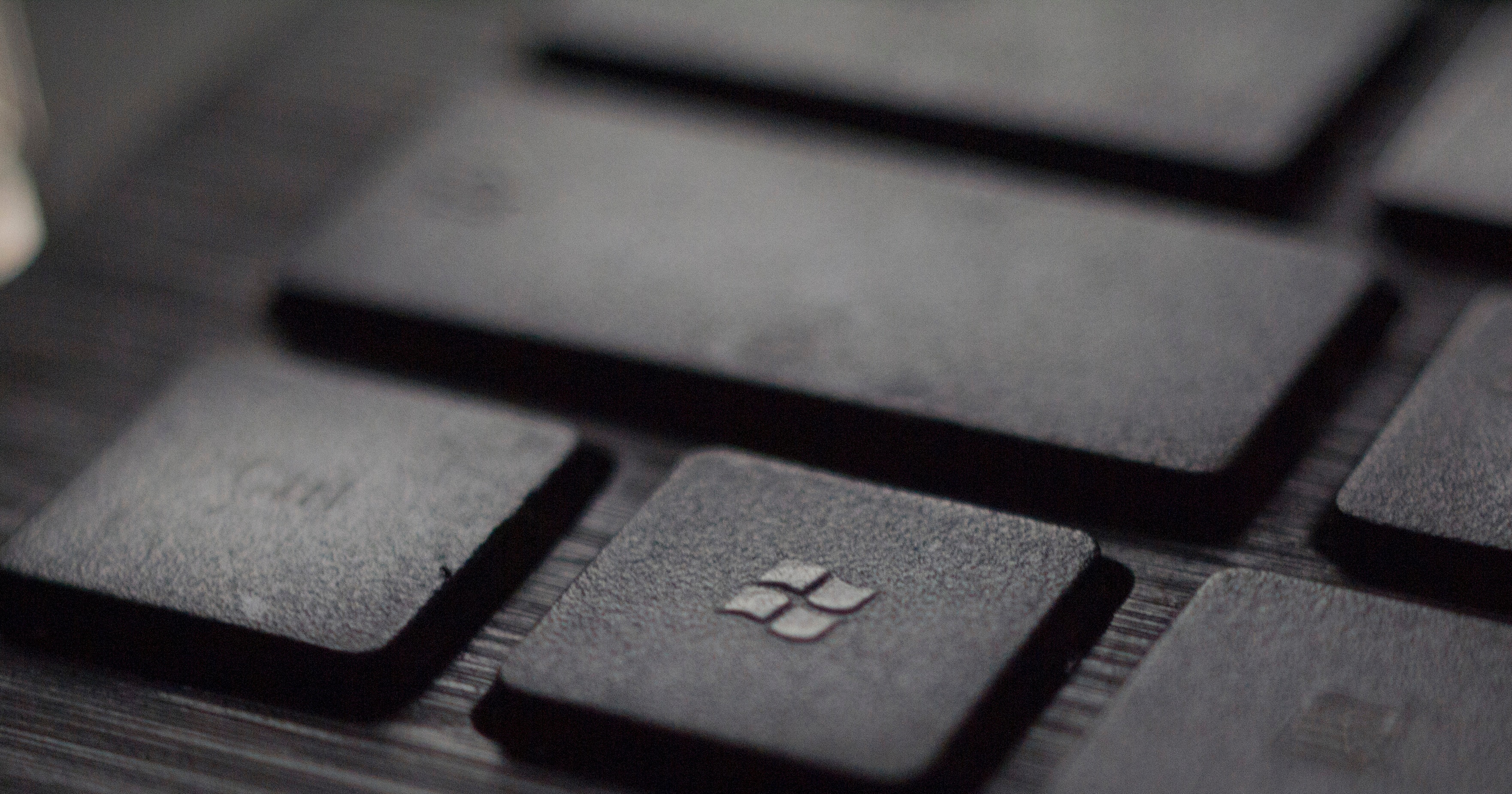 Traackr has partnered with Mark Schaefer for the following interview, as part of our new global series “Influencer Marketing at Scale”.‍

For Amanda Duncan, lifestyle influencer relations manager at Microsoft, making a career transition to influencer marketing simply made sense: it was the next evolution in corporate communications.

“To be effective at corporate communications today, you have to set your mindset to the consumer,” she said. “How does a person prefer to get their information these days? They ask their friends, they search the web, they read reviews. That suggests a communication model and a strategy that is vastly different from the traditional corporate broadcast methods, doesn’t it? It means we need to actually be in conversation with people. I find that to be an incredible challenge!”

The trick is scaling those conversations on a global scale. A Microsoft scale! The Redmond, WA-based company is the largest software company in the world with 120,000 employees around the globe.

Influencer marketing has become a mainstream marketing channel and its growth at Microsoft has increased rapidly. From experiments through outside agencies just a few years ago to the creation of a dedicated team of in-house global experts today, Microsoft is swiftly scaling its efforts.

Amanda Duncan joined the Microsoft marketing team three years ago after a diverse career in corporate communications. “Influencer relations is the natural evolution,” she said. “This is the place to be because this is the future of communications.”

Microsoft’s influencer outreach programs are now spreading throughout the world, but the function and accountability remains local. “There are so many different customs, laws, and languages,” she said. “It makes sense to connect to influencers at a local level with local people.” Her counterparts around the world frequently share ideas and best practices to grow as an organization. “It’s incredibly important to spend time internally making sure you’re on the same page.”

She said that influencer marketing makes sense to Microsoft because its products play such an intimate role in a customer’s life. “We sell to people, so as a company we need to learn to talk like a person. It can’t be a campaign with peaks and valleys. We can’t go dark. We should be as interested in our influencers as they are in us. And if you approach it as human communication instead of company communication, those relationships will grow over time, just as a friendship can grow over time.

“There are so many places to get information these days and people tend to go to the same source over and over again. For example, if you get a great recommendation from a friend, you’ll go back to that person when you need another recommendation. When you’re a brand or company, you want to become that trusted voice – even a trusted friend -- that customers keep coming back to.”

Amanda thrives in an environment where she is constantly discovering interesting influencers and nurturing budding relationships. As her list of connections grows, she has found ways to become more efficient and effective.

“There are a million ways to connect with influencers,” she said. “But face-to face is something special. Most influencers attend conferences and trade shows, so that’s an effective way to stay in touch. Another idea is visiting major cities like New York and L.A. and getting some people together – you just have to look for ways to be creative and leverage the resources you have. Of course, connecting online is an option every day for most people. We do spend a ton of time on the internet doing research.”

For Microsoft, scaling influencer marketing is a constant, methodical process. The company is approaching this growth a few different ways. “There are people that the team has worked with previously and there is the opportunity to examine their networks to see who else they might be connected to,” she said. “Technology helps, but there is definitely still a very large human component involved in identifying relevant influencers.

“There is no limit to the interesting and creative people I find in the world. It is endlessly fascinating. I don’t think there is any ceiling to the number of influencers doing fun and amazing things…  and new people are coming along all the time. So yes, we have added people to the team as the function grows, but I have become more efficient too. I am still building relationships and I haven’t reached my limit yet!”

The search for influencers is methodical and on-going, and nearly all of Microsoft’s influencer connections are unpaid. “The process is important,” Amanda said. “It is relationship-based. We strive for authentic advocacy. It has to be mutually-beneficial and the values have to be aligned. I think that is an important way we have grown. Yes, reach, relevance and resonance are important, but we want the values to mesh as well.”

She stressed that the collaborative decision process is just as important for the influencers they work with. “You can’t flip trust,” she said. “If you’re advocating for a company one day and then advocating for a competitor the next day, you are sending the wrong message to an audience. They will begin to think you’re simply looking for a payday and you’ll lose their trust. And when that happens, you’re no longer effective. If you chase dollars everybody loses so both the company and influencers have to be mindful of trust at every step. You have to develop a long-term vision of how the relationship will evolve and how we will work together.”

Amanda pointed to some interesting consumer trends as an indicator that influencer marketing will continue to scale and grow in remarkable ways.

“Influencers and media are merging,” she said. “In some cases, it is becoming indistinguishable. I can see a day where entirely new communication platforms are created based on the direction of influencers. If they want to take an audience to a new place, the audience will go there. When you have millions of followers, you have that kind of power.”

Another emerging trend could be an emphasis on non-digital outreach in response to changing consumer habits. “I think a lot of people have had enough of social media. They are looking for more real human connection, of being present in a moment, of valuing real-life experiences. They may still be sharing in social, but it may be at another time, in another way, on their own terms. There is a movement toward valuing real-world experiences rather than internet experiences. It’s a trend to watch. If there is less communication going on through digital channels, then our conversations with influencers will have to change, too.”

Although Microsoft has come a long way with its pioneering influencer marketing efforts, Amanda knows that they are just at the beginning of this new world of customer conversations. The company is scaling the level of its conversations by constantly experimenting and piloting new ideas.

“We’ve come a long way and there still is not much of a road map,” she said. “So we experiment. Pilot programs are big here. And yes, we fail, but the only real failure is if you fail to learn. You can’t be so afraid to make a mistake that you don’t try anything different. It gives you an opportunity to try more, to do more.”

Mark Schaefer is a consultant, college educator, speaker, and author of six books including “KNOWN: Building and Unleashing Your Personal Brand in the Digital Age.”

Other companies featured in this global series include How Meliá Hotels International Scales Influencer Marketing Across 7 Brands and 4 Continents, How The Body Shop Works With Influencers To Drive Both Social Change And Product Sales, and Sipsmith: Scaling an Artisanal Gin Globally Through Influencer Marketing by UK-based independent influencer marketing consultant Scott Guthrie.

How To
How to Build Strong Influencer Relationships
How To
4 Tips for Building an Influencer Seeding Strategy
How To
How To: Creating the Most Value Out of Your Influencer Marketing Programs
No items found.

How to Build Strong Influencer Relationships

How To: Creating the Most Value Out of Your Influencer Marketing Programs
See More 


Subscribe to monthly influencer marketing insights from your peers.
By submitting this form, you agree to the processing of your personal data by Traackr as described in the Privacy Policy.
We use cookies to analyze traffic and provide you a better experience while using our site. Feel free to check out our cookie policy for more information.
CloseAccept Cookies